in front of me now…

See the old porcelain statuette in the middle? I got from my grandma. And she got it from her pupils while being a teacher of Russian literature and language in Minsk. It used to stand in the the buffet, behind the glass, and as a child I was forbidden to play with it. Of course I took it out of the buffet when nobody was around. But, well, it wasn’t so interesting to play with it anyway. Later, I read Gogol’s «Evenings on a Farm Near Dikanka» and recognized that scene. Cool book, btw — ukranian fantastic realism :)

Two puppet heads next to it I bought in a puppet-workshop in Burma. It was to heavy to carry around the whole dolls in backpack. The funny bird with long legs and a gramophone next to it I bought on a flea market in Jaffa. And a little bear in the left corner — it’s a Russian Winnie-the-Pooh, yes, Russian Winnie-the-Pooh is black! But this one has also unusual long gray fur. My dad was carrying it around as a talisman. Then gave it to me, when we met after 17 years. 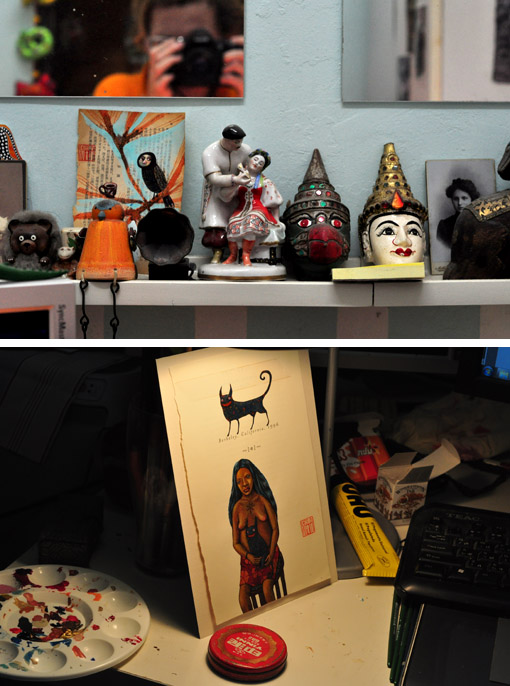