An idee fixe is a preoccupation of mind held so firmly as to resist any attempt to modify it, a fixation. Wikipedia 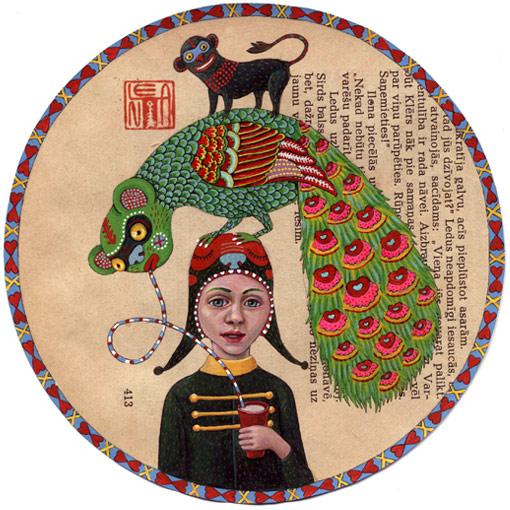 Intersting, but many cultures have a myth of a flying creachure, half bird, half lion or human.

Anzu is a lesser divinity of Akkadian mythology, and the son of the bird goddess Siris. Anzu was a servant of the chief sky god Enlil, guard of the throne in Enlil’s sanctuary, from whom Anzu stole the Tablet of Destinies, so hoping to determine the fate of all things. Wikipedia 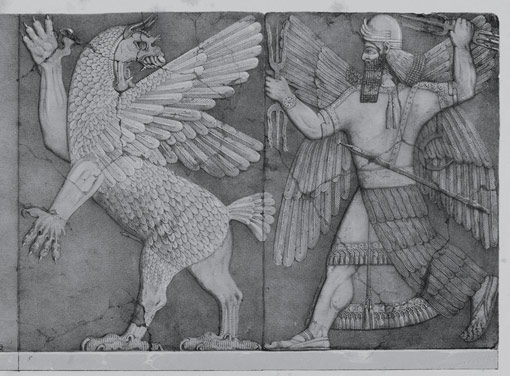 The Alkonost is, according to Russian mythos and folklore, a creature with the body of a bird but the head of a beautiful woman. It makes sounds that are amazingly beautiful, and those who hear these sounds forget everything they know and want nothing more ever again. Wikipedia

Simurgh (Persian: &#1587;&#1740;&#1605;&#1585;&#1594;&#8206;), is the modern Persian name for a benevolent, mythical flying creature. The simurgh is depicted in Iranian art as a winged creature in the shape of a bird, gigantic enough to carry off an elephant or a whale. It appears as a kind of peacock with the head of a dog and the claws of a lion; sometimes however also with a human face. Iranian legends consider the bird so old that it had seen the destruction of the World three times over. The simurgh learned so much by living so long that it is thought to possess the knowledge of all the Ages. Wikipedia 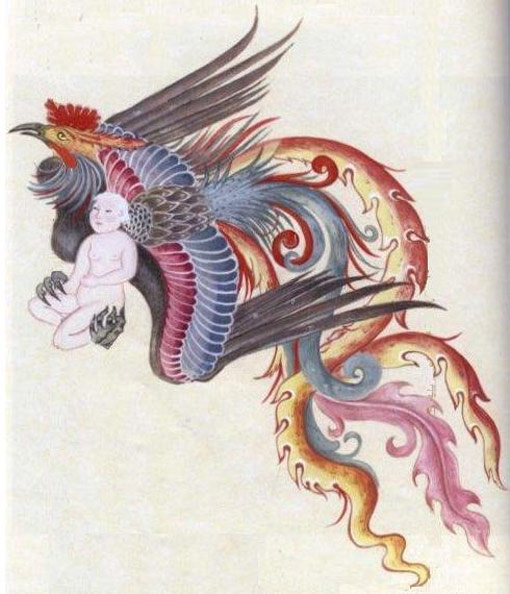 Semargl is a deity or mythical creature in East Slavic mythology. An idol of Semargl was present in the pantheon of Great Prince Vladimir I of Kiev. It may be the equivalent of Simurgh in Persian mythology who is also represented like a griffin with a dog body. But according to Vyacheslav Vsevolodovich Ivanov and Vladimir Toporov, the name comes from the Slavonic *Sedmor(o)-golvъ (“with seven heads”). Wikipedia 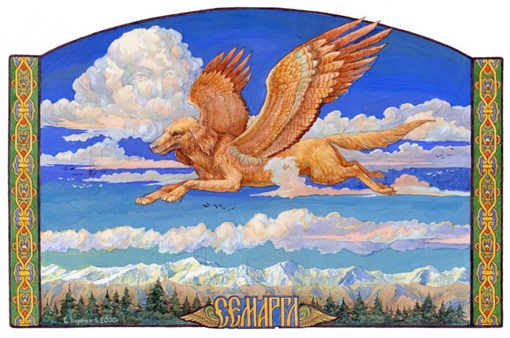 Anm my favorite one, (Fire-bird). I remember it from many Russian fairy-tales I was reading in my childhood.

In Slavic folklore, the Firebird (Russian: жар-пти&#769;ца, zhar-ptitsa) is a magical glowing bird from a faraway land, which is both a blessing and a bringer of doom to its captor. wikipedia 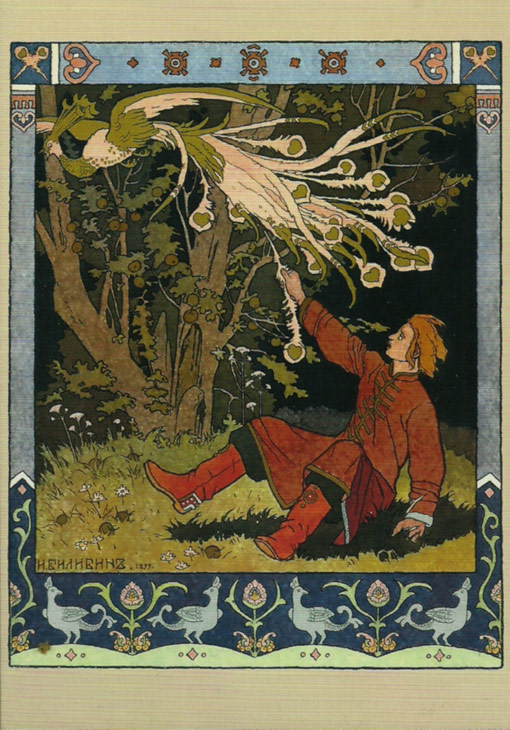 Ivan Bilibin’s illustration to a Russian fairy tale about the Firebird, 1899 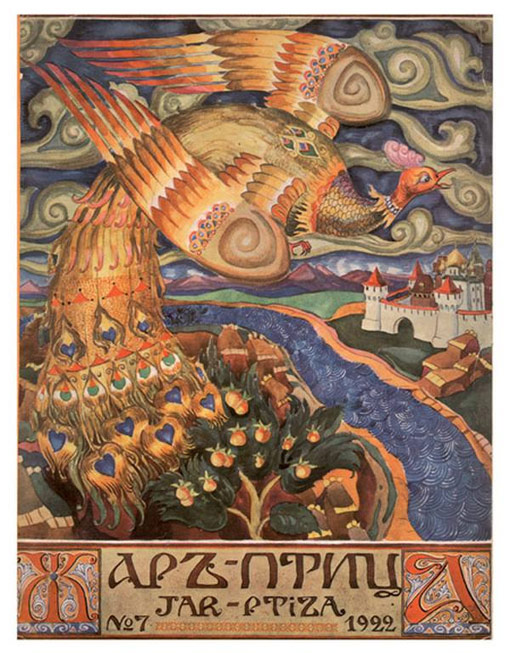 Zhar-ptitsa is probably a peacock, given magical characteristics by impressed common people. When I was in Prague this spring, I saw some beautiful peacocks and they really looked like fairy-tales creatures:

Especially the white one: 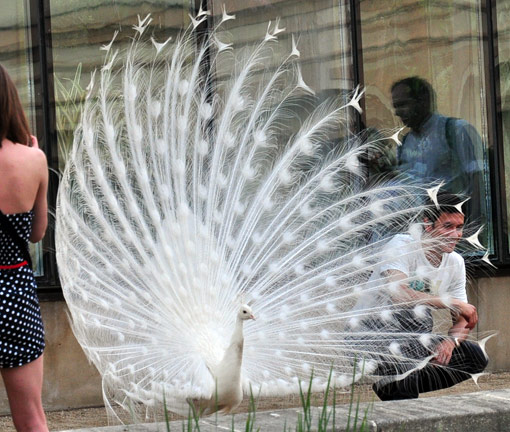