Last weeks I was working on my new painting «Olympia’s weekend». 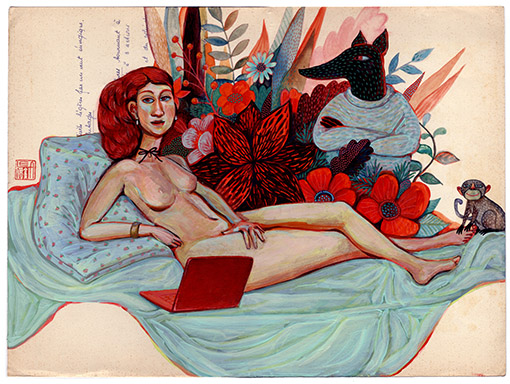 It is homage to Manet’s «Olympia» famous painting, but also to amazing moving sculpture by Paul Spooner. I saw it a few years ago in automata’s exhibition, and was absolutely charmed. The black lady became an egyptian god Anubis, and you can see how annoyed Olympia is breathing heavily, but shows no attention to him. 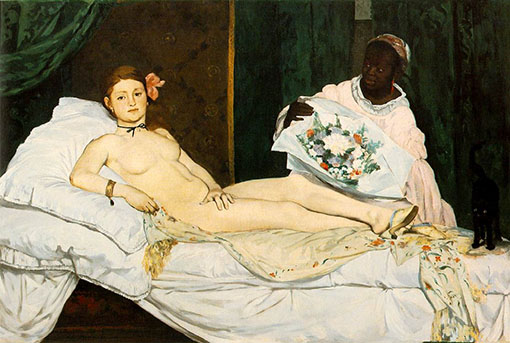 This work was first exhibited at the 1865 Paris Salon and caused a huge scandal, because the bourgeois public was shocked the artist drew a prostitute, and not Venus or another mythological lady. Manet was surprised by the audiences’ reaction and even stopped to draw for a while. There is a version that Manet was impressed by The Birth of Venus by Cabanel, which two years earlier had a triumph in Paris Salon of 1863. 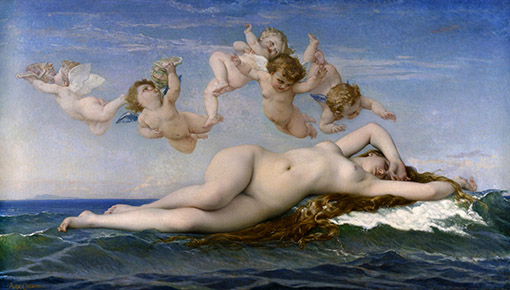 What is sure, Manet was inspired by Titian’s Venus of Urbino, (c. 1538). This painting he also copied while studying art: 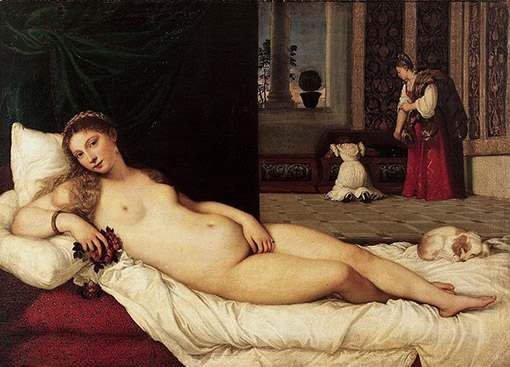 While exploring reference, I found hundreds homages to Manet’s Olympia. Here are some I liked the most: 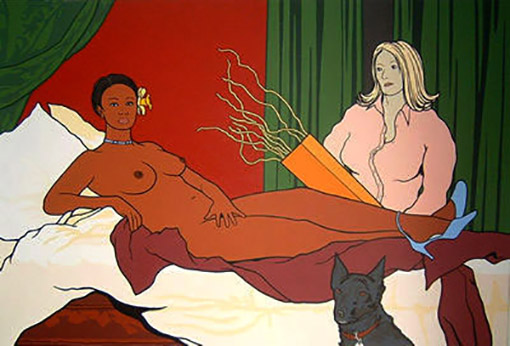 Olympia with Dog by Paul Harvey 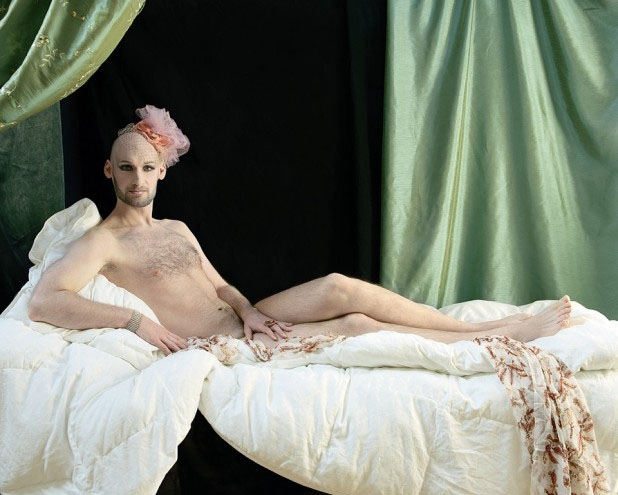 “Olympia (after Manet)” by Niki Grangruth and James Kinser 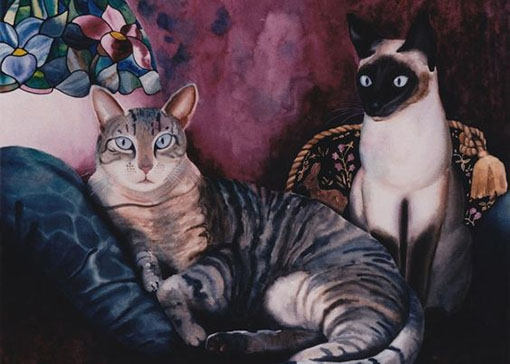 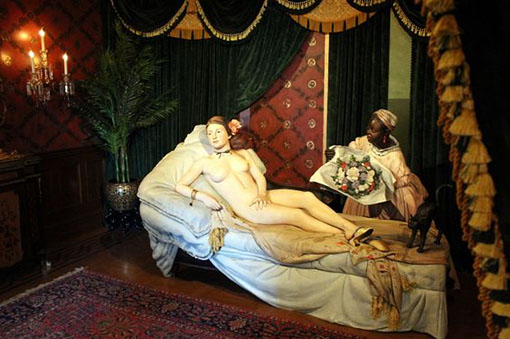 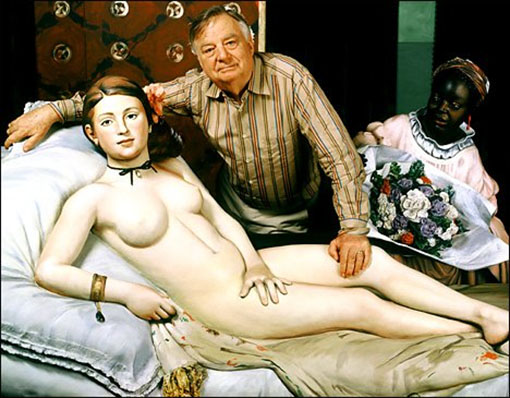 And the same one with a the sculptor, J. Seward Johnson Jr. Completely new meaning, rignt? 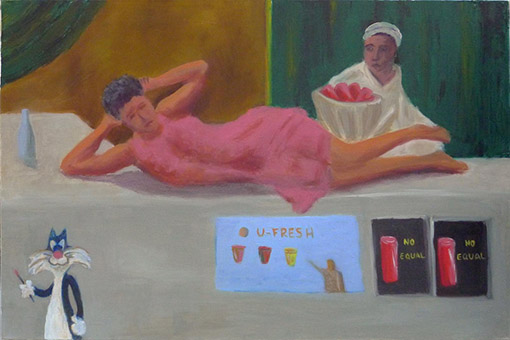 I didn’t find an author