Portrait with a pumpkin of Kusama Yoyoi 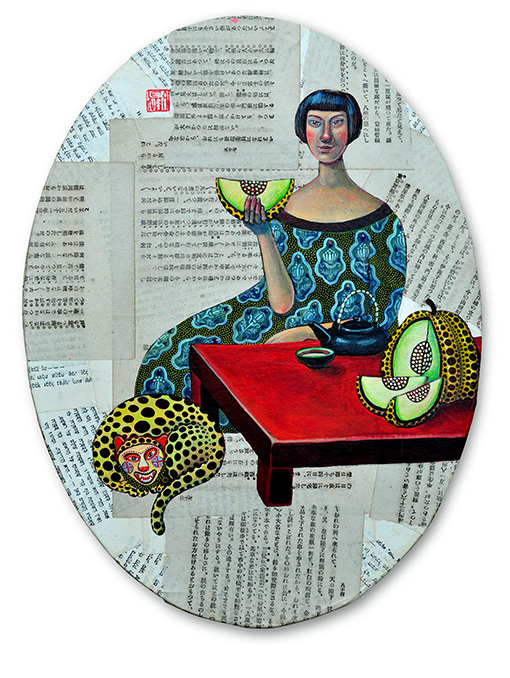 «If only you knew out of what trash poems grow»…
© Tsvetaeva


With some of my works I feel like a dj, mixin everything I like in one place. Here a pumpkin by Kusama Yayoi, one of my favorite Japanese Artists, can be easily recognised:

But this work actually is inspired by another artist, Boris Kustodiev. He worked in the beginning of 20th century in Russia, drawing festivities, fairs, bazars and happy life of the middle class, known as a talented, but a «bad taste» artist. His worked considered often as too sweet, to decorative and looked often more like illustrations that as a serious art. Kustodiev told about his works, that they should’n be seen as naturalistic, but as illustrations of an illusionary world he created from natural elements.

He made series of merchant’s wives (The first one is my favorite): 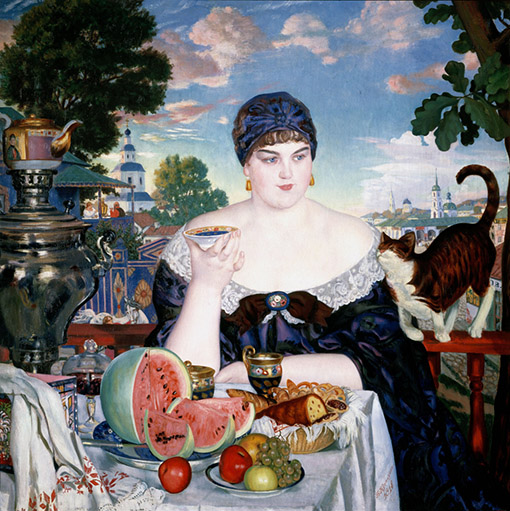 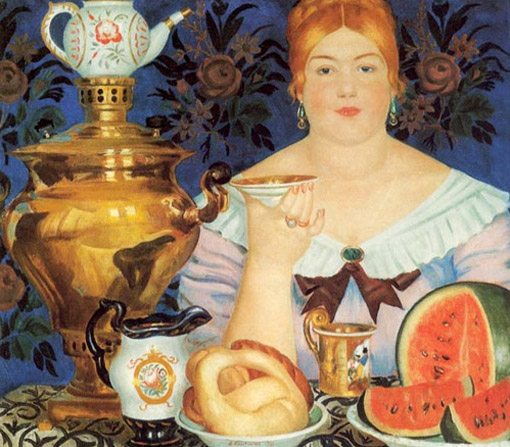 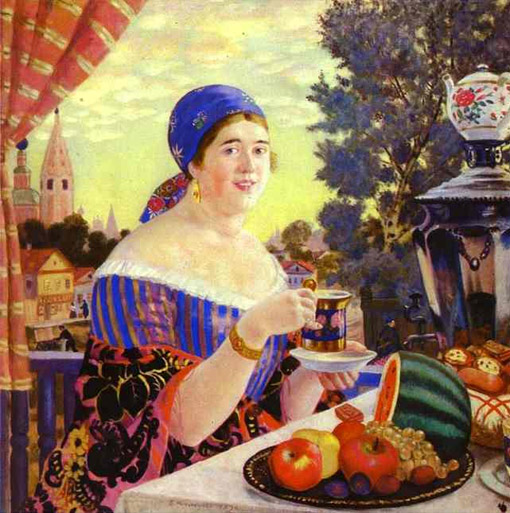 Now remembered, that shortly before I started to draw this work, I saw on fb this funny photoshoped picture. I often see young girls talking like that — holding the phone on three fingers and talking on the mic. 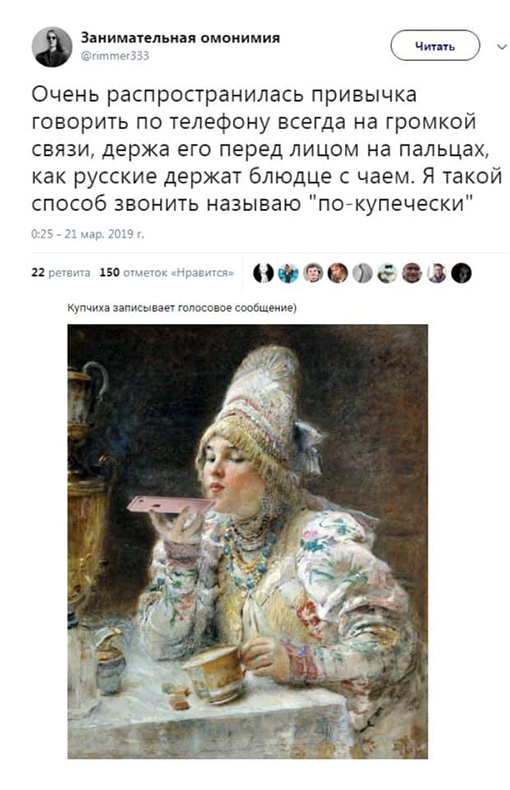